The director of LAP3 Prof. Jianmin CHEN was awarded the Knight of the French Order of Academic Palms rewarding his excellence in research in atmospheric chemistry and cooperation with French researchers. The ceremony was held in French Consulate on October 29, 2015. During the ceremony Mr. Axel Cruau (Consul General of France in Shanghai), Prof. Yonghao GUI (Vice President of Fudan University) and Prof. CHEN delivered the speeches.  Prof. Weichun MA and Prof. Lin WANG also attended the ceremony.

Prof. CHEN is a recognized specialist in atmospheric chemistry. He has been focusing on aerosol pollution and prevention for more than a decade, and he received the 1st prize in Natural Sciences awarded by the Ministry of Education in 2008. CHEN is also a key player in the Franco-Chinese scientific cooperation. His research group has cooperated with Prof. MELLOUKI and Prof. GEORGE, and they have co-published a dozen articles. They have also co-organized a series of scientific events such as the Sino-French Joint Workshop on Atmospheric Environment and Sino-European School on Atmospheric Chemistry (SESAC). This discount of Academic Palms ceremony is an opportunity to thank Prof. CHEN for his involvement in favor of the Franco-Chinese scientific cooperation. 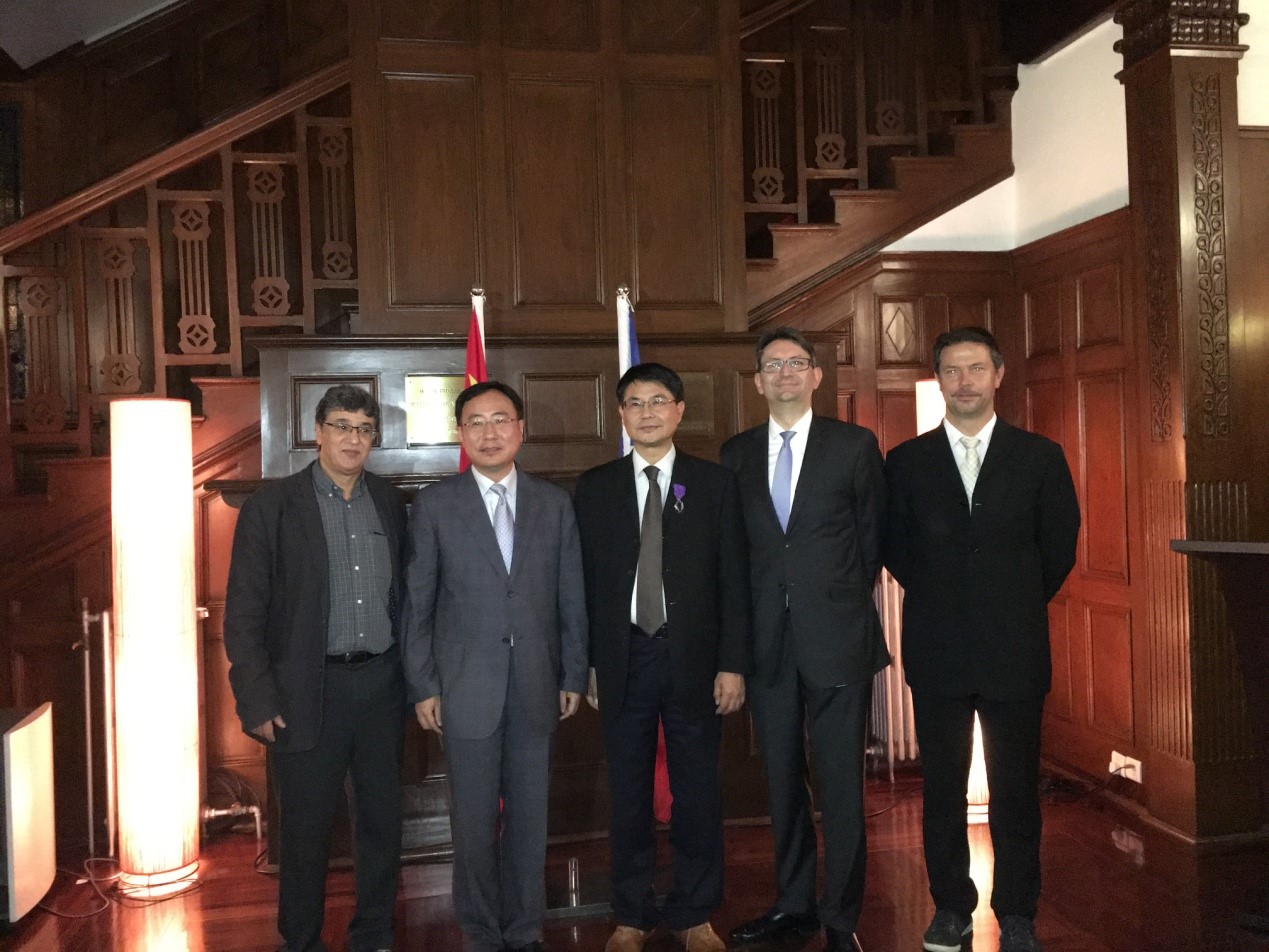