The third annual session of the LAP3 Academic Committee was successfully held in Shanghai, on Nov 22nd, 2015. The session was presided over by Mr. Xiaochuang XU, the vice director of the division of science & technology at Fudan University. 13 committee members including the chair, Academician Jiming HAO and the deputy chairs, Academician Guibin JIANG attended the session. In addition, Academician Li JIN (the vice president of Fudan University), Ms Jinlan HE (the division of science & technology), and the faculty leadership of the department of Environmental Science & Engineering at Fudan University joined the session.

After Academician JIN made the welcome remark, a general review of the LAP3 in the past year was given by the LAP3 Director Prof. Jianmin CHEN. Scientific research highlights and achievements in the four research fields over the past year were presented in detail by four representatives.

The academic committee approved the gradual achievement of LAP3 and also gave some suggestions on the organization work, talent construction, and development plans. The committee stressed that further effort should be made to summarize the scientific research achievements, and to improve the administration and management of the laboratory. The committee wished LAP3 success in the following laboratory evaluation by the Science and Technology Commission of Shanghai Municipality. 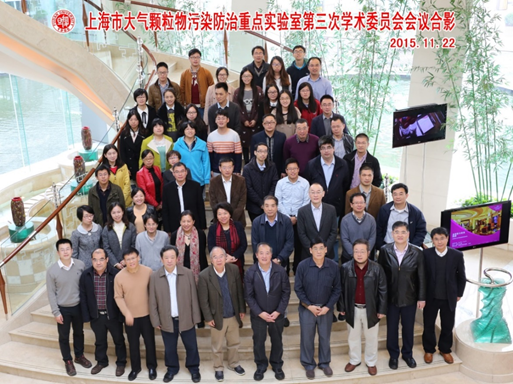